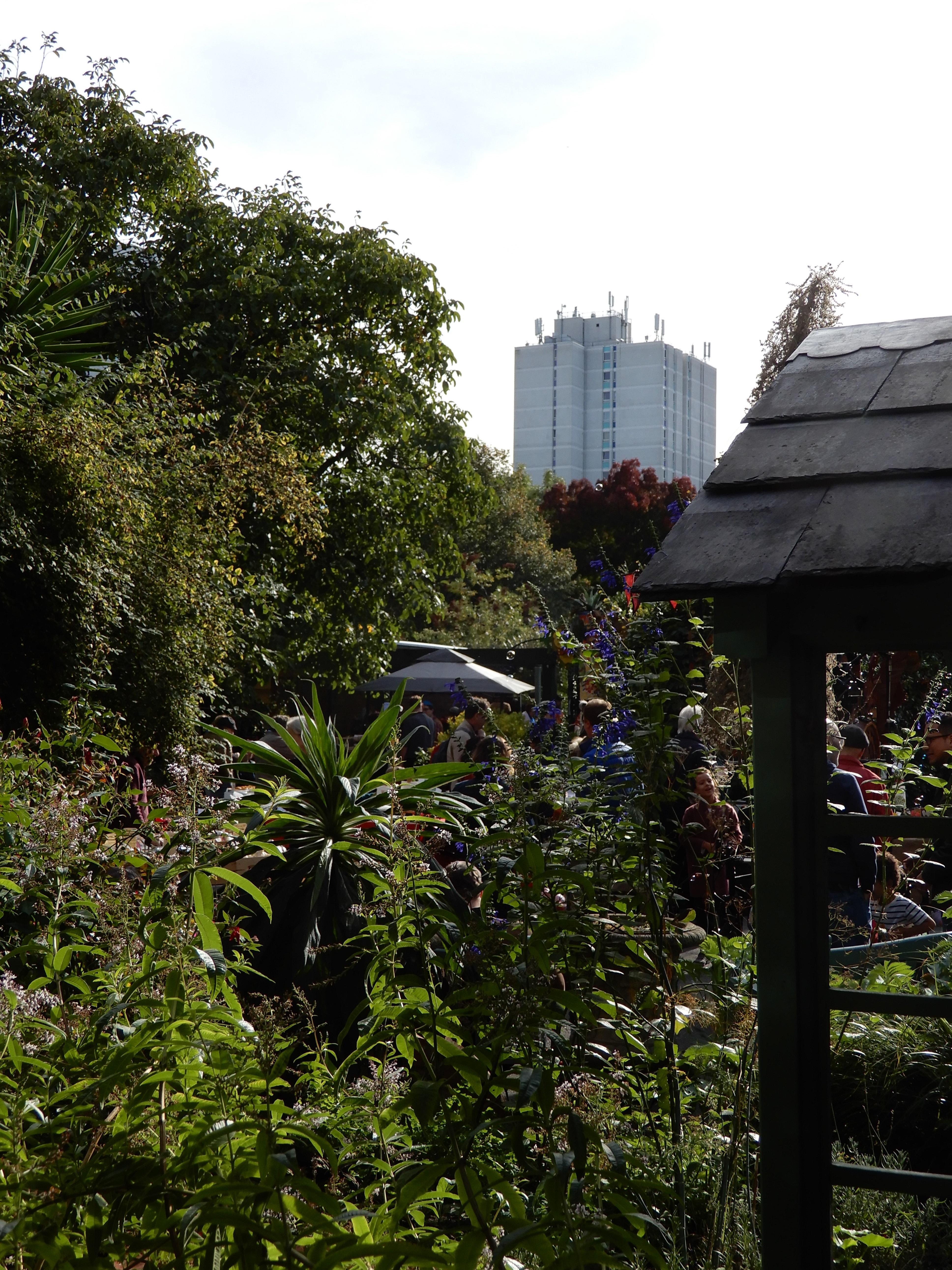 The picture shows another of those “Little Pieces of Wonderland” that I often write about. Places that might  be described as “hidden within plain view”. Ones that can be defined by four conditions. The first is that you are likely to have walked past them n without realising that they’re there. The second is that their location might well be in the busiest of areas with which they are in some contrast. The third is that they are little oases and the fourth, that they are centres of community activity. One such is “Roots and Shoots”, just off the busy Kennington Road, 5 minutes from the, even busier, Waterloo Station in London. I’ll bet most travellers don’t even realise that it’s there. Indeed, to step over the threshold can seem like a step into another world. So, perhaps, a link to their website might be useful  http://www.rootsandshoots.org.uk/environment. Set up as a registered charity in 1982, it’s still sustained by local voluntary effort.

So, why am I writing this blog? Well, partly because I’ve been lucky enough to have been involved with a number of these projects over the years and partly because they show what can be created from the starting point of “sharing and caring” instead of “Blow you, Jack, I’m OK”. The main difference being that one tends to be inclusive enabling people to contribute, often with talents that even they never realised that they had. Whereas the other tends to be exclusive and unrealising of talent. This latter not good for the individuals concerned or the country as a whole.

“Here endeth the lesson”, as my old headmaster used to say.

.@BorisJohnson, this isn’t a game!

Delays to food and medicine imports will put our lives and livelihoods at risk. In these conditions, #NoDealBrexit would cause huge suffering.

Please extend the #Brexit transition period and do a deal.