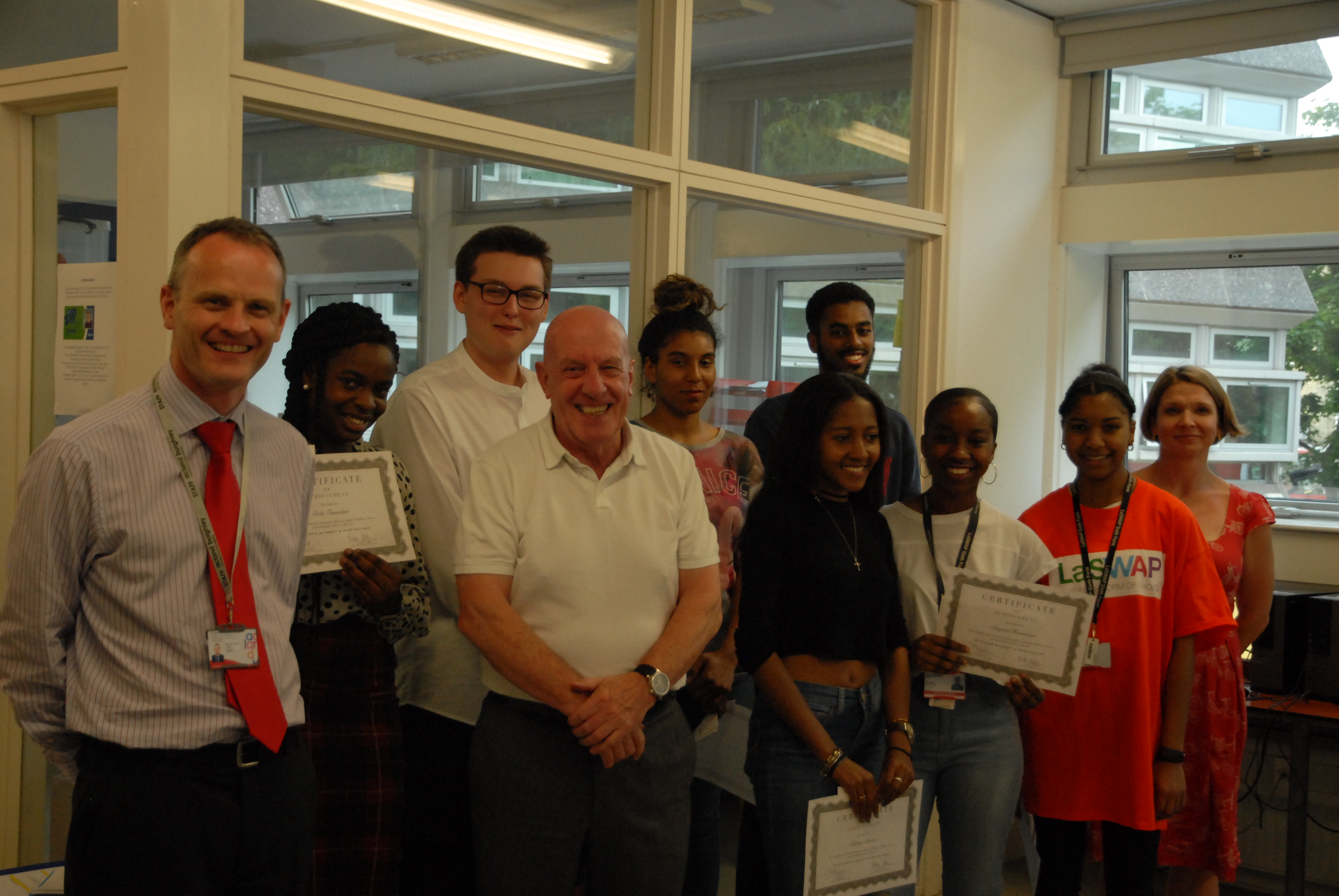 Two years ago, I wrote to a large number of secondary school about a project that I was planning and that might be of some use to their pupils. Eventually, I had a response from a local school, Acland Burghley, and, a few months ago, started work on the project. This was intended to help pupils to make that transition from school to the world outside by providing training in presentation and communication skills. The main idea being that, once they got an interview for further education or a job, they wouldn’t fail because of their inexperience and would give a good account of themselves.

So, just six weeks ago, we started the project with a dozen 17 year old volunteers, telling them on the first day, that before the end of term, we would have them making a talk of at least five minutes in front of their parents, peers and staff; something none of them had ever done before. The starting point was a topic that they, themselves, selected as something that had been of significance, a turning point, in their lives and Mike, my colleague and I, helped them to draft and deliver a speech. Well, three weeks in and even my fabled optimism took a bit of a dive over how much progress they still had to make. I should, I have to say, have maintained my original faith because on that afternoon, they all delivered a short talk to camera, albeit with varying degrees of confidence.

Well, yesterday evening, in front of an audience of some 20 odd people, six out of the original ten delivered the goods; in abundance. Moreover, three more will do so in September. So, many thanks to Bolu, Chrystal, Dily, Kazim, Lina and Toby for showing yesterday, that, if they’re any indication, this new generation has what it takes to make their mark in the world. Also to Anastacia, Jada and Kalyss who, I have no doubt, will do the same in September. Finally, thanks to Nick John, Anna Rimington, Ron Stokes and all those at the school for their support. After a year during which I’ve felt that I’ve seen some of the worst of our country, you have reaffirmed my belief human goodness and potential and, for that, many, many thanks.