Mike’s only claim to fame during his army service was that he was responsible for the War Room map in the headquarters of the British Army in Germany during the Cuba missile crisis. Scary times indeed.

Mike has featured on or in:

In his first job in the voluntary sector, Mike organised the setting up of, what was then, the National Federation of City Farms. On leaving School of Architecture, he was unemployed for a while until he took up the post of Project manager of the newly created city farm in Leeds on a job creation scheme. Unknown to him when he took the job, the council had arranged and inspection at the end of his first week when the plan was to close the organisation down. The project had no permanent buildings and no gas, electricity, water, toilet facilities or proper access road. Derelict building on the other side of Meanwood Beck were leased and the farm was run while it was being built. A bridge was built and the buildings renovated and, six years later, the project was one of the best examples of its type in the country.

The Trust helped people who were homeless and/or unemployed, both men and women, to build their own sustainable homes. It also helped community groups to build their own buildings and ran training course for those who were doing so. Lastly it published a number of books on the subject, notably “Out of the Wood” by Cindy Harris and Pat Borer”. When Mike left the Trust, over 300 homes and 30 community buildings had been self built. Hedgehog Self Build is one such that featured on “Grand Designs” and, notably, on “Grand Designs Revisited”, 12 years after the original programme was broadcast. One notable scheme, in 1991, involved a group of people with special needs who built their own Horticultural Training Centre.

As a consultant, Mike has also rescued other charities from closure, notably Stepping Stones Farm, now Stepney City Farm. The project had not been run well for some years despite the efforts of others to rectify the situation. Mike was told that his would be the last attempt. A new charity was set up with those who had previously run the project, leaving. Funds were raised and the whole project, with the assistance of Crossrail, was redeveloped and relaunched in September 2012.

Mike has also renovated five properties over the past 30 years including the one where he and his family now live in Camden. 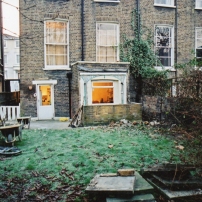 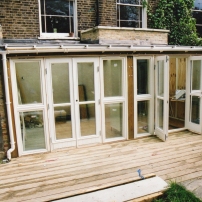 In his mid 50’s, Mike ran the London Marathon in consecutive years. The first was in a time of 3 hours 47 minutes and the second time, a little longer. The clock is correct in the photo but doesn’t allow for the fact that, due to the large number of entrants, it took over six minutes to get to the starting line.